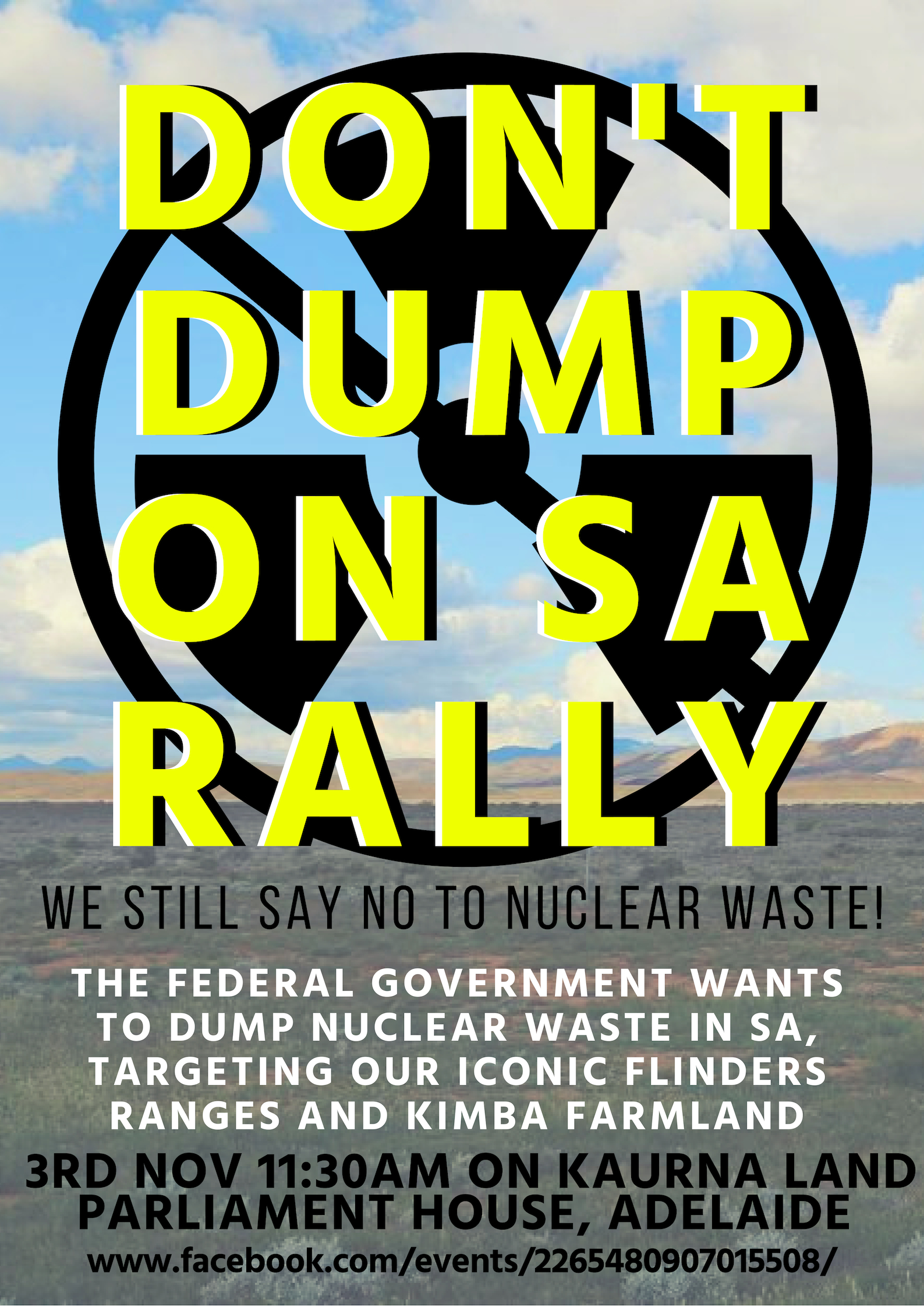 The federal government is currently deciding on whether to build a facility to house Australia's nuclear waste at either Kimba on the Eyre Peninsula or near Hawker in the Flinders Ranges. More information can be found here and here.

Federal Resources Minister Matt Canavan wants to make a decision on the waste dump by the end of the year.  This timing is based on politics, not need.  The time to act is now. He has said that he will not impose a dump on an unwilling community - join us on November 3rd and show him that SA is unwilling.

The Minister was going to partly base his decision on a ballot in the affected communities.  This is currently on hold and may not happen at all because the Barngarla people, Native Title Holders for Kimba, were granted an injunction in the Supreme Court of SA just before ballots were to commence. Their argument was that the exclusion of Native Title holders who did not live in the narrowly defined ballot areas was in breach of the Racial Discrimination Act. This court process has put the ballots in the Kimba district and also the Flinders Ranges area on hold. There is some uncertainty regarding whether the ballots will proceed at all yet the Minister is determined to choose one of the sites before the end of 2018.

We believe this is a statewide issue and we have legislation that bans such facilities - the SA Nuclear Waste Facility (Prohibition) Act 2000. The objects of this Act are “to protect the health, safety and welfare of the people of SA and to protect the environment in which they live by prohibiting the establishment of certain nuclear waste storage facilities in this state.” This law is sensible and powerful and we want all our state politicians to use it to stop the federal government imposing a nuclear waste dump on SA.

Responsible radioactive waste management is a national issue that requires national scrutiny. It should not be the primary burden or sole choice of voters in a specific part of regional SA. Australia has a responsibility to properly manage its nuclear waste, and we are asking the federal government to set up an independent inquiry into to explore the full range of options.