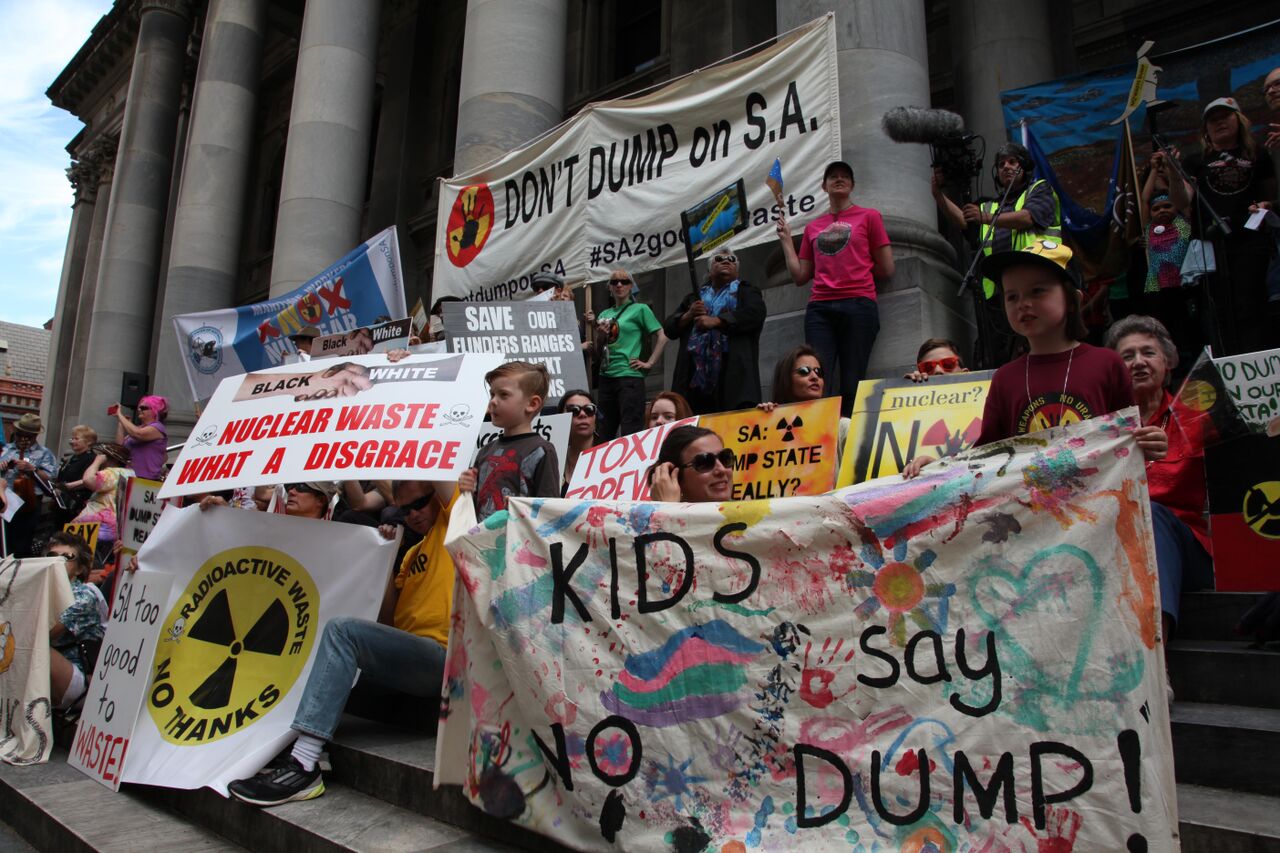 Recently the leaders of our major political parties heard the voice of the community and ended plans for an international nuclear waste dump. Now we need them to stand up against the federal government’s plan to make SA the nation’s nuclear waste dump state.

Please help send the Premier and Opposition Leader a clear message about a very murky plan.

Right now communities in regional South Australia are living with the threat of their region becoming a radioactive waste dump site.

Sites near Hawker in the iconic Flinders Ranges and Kimba on the Eyre Peninsula are currently being considered by the federal government, even though many people in both areas have clearly opposed both the unpopular plan and the divisive process.

No convincing case has been made for the establishment of a nuclear waste dump anywhere in Australia.

Most of the waste is currently stored where it was made - at the Australian Nuclear Science and Technology Organisation’s Lucas Heights nuclear facility in southern Sydney. ANSTO has previously acknowledged that it can manage its own waste.

There is no need to rush and every reason to take the time needed to get this serious issue right.

We call on both of you as leaders of our state’s two major political parties to show the same leadership as your predecessors Mike Rann and John Olsen and oppose the Federal Government's plan for a nuclear waste dump in SA.

We urge you and your Government to use all the political and legal powers at your disposal to prevent this state from becoming the nation's nuclear waste dump.

In particular, we urge you both to defend and uphold the state Nuclear Waste Prohibition Act (2000) that makes interstate or international nuclear waste dumps illegal in SA.

SA is too good to waste and nuclear waste dumps are not worth the risk.

Please speak up and stand up for your – and our - state.